The humble hashtag has seen a resurgence in the age of social media, due in part to the need for conversation and belonging. If you’re looking for a group of like-minded individuals, simply search your favourite social media network with a hashtag of your choosing. You could even search for people with different opinions than you. Gross, right?

Individuals and businesses also use the hashtag to reach more people. If you’re mad about cheese (who isn’t?) simply stick a #cheese into your post. Et voila, your post will reach those that search for cheese. But wait, I hear you cry, it’s not that simple, is it?

Hashtags have varying levels of popularity. This can depend on breaking news, pop culture, and the location you’re in, among others. Cheese may not be a popular choice during the season finale of Game of Thrones, or it may not be a popular choice at all. Who searches social media for cheese? Not me, honest. So when should you use them, and how often? Also, what the hell is a hashtag anyway? 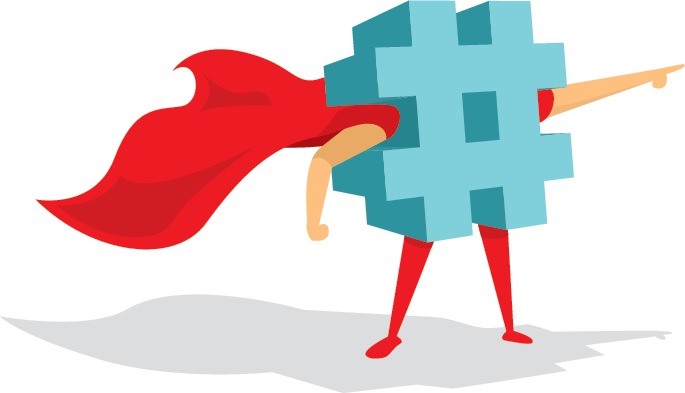 Added to the Oxford English Dictionary in 2010, its use has increased throughout social media over the years. Placing the hashtag in front of a selection of letters or numbers creates a metadata tag, which is basically an ID that social networks can read and group together with others of the same ID.

This creates a hashtag archive or listing, which is full of posts or information that is tagged with the hashtag. When people search for that term on your favourite social network, your post will come up. Pretty good, huh?

So, why don’t people tag every word then? That would reach a greater audience, right? Well, no, not exactly. You can’t place spaces in a hashtag, and the use of a hashtag on every word would look awful. And it’s here that the main issue arises. How often should I use a hashtag? How many are too many?

Back in 2007, Chris Messina wrote the above on Twitter: Chris was an employee of Google at the time, and this tweet was merely a suggestion. In the long run, it revolutionised the way that content is shared, allowing for greater engagement and like-minded (or not) discussion.

When you discuss the hashtag, people usually think about Twitter. In fact, Twitter promotes it too, with hashtags throughout its advertising. This has led to an increase in hashtag popularity among brands. Some use them to gauge audience interaction, such as talk shows or reality TV (don’t get me started on Love Island). Others use it to ask questions or spur discussion about a particular topic.

How Do I Use Them? – As long as your profile is public, you should be able to utilise the hashtag. You’ll appear in searches if you place one in your tweet.

How Often? – With Twitter, less is more. The more you use hashtags, the more average engagement drops, so make sure that you’re using them for their intended purpose.

People tend to stay in their own Facebook ‘communities’. Private profiles and Facebook groups limit the appeal of the hashtag, but it’s still used by all kinds of brands. In fact, most hashtags on Facebook belong to brands or influencers.

How Do I Use Them? – Like the majority of Facebook users, your Facebook profile is probably private. You’ll see hashtags used by those on your Facebook friends list and those used by brands and businesses. If you have a public profile, you’ll see hashtags from every other public user, which is either a blessing or a curse, I can’t decide.

How Often? – One-to-two hashtags per post is the sweet spot, as more hashtags often result in a drop in engagement. Strangely, those with six characters tend to do the best, though it obviously depends on the quality of the post. The hashtag hasn’t worked quite as well on this platform, but it’s still useful.

Hashtags are central to Instagram’s strategy, as it allows users to easily discover new content. In fact, they’re extremely important for influencers on the platform. A study showed that posts with one hashtag have an average of 12.6% more engagement than those without, which proves their effectiveness.

How Do I Use Them? – Again, they’re only truly useful if you have a public profile. Instagram collates all hashtagged posts into a feed relating to that hashtag. Simply place one on your post, and you’ll be added to that list.

How Often? – Now, this is where things get interesting. Instagram posts tend to do better with more hashtags. Nine seems to be the sweet spot, and many people place them after their content to make it easier on the eye.

As a fairly new competitor to the hashtag scene, LinkedIn had some catching up to do. They deliberately disabled hashtags back in 2013, before reintroducing them in late 2016. They even went as far as forcing a small sample of users to choose a hashtag for their posts in April, so they’re keen to increase its popularity, albeit in a professional manner.

How Do I Use Them? – Simply place them in your post! You’ll appear in search results for that term as long as your profile is public, which may help if you’re looking to network in a specific industry.

How Often? – As with Facebook and Twitter, less is more. You don’t want to put off prospective employers with a hashtag heavy post, do you? According to this article, three-to-five is the maximum, and you should place them at the end of your post to make it aesthetically appealing.

Don’t Mix and Match – Social media can be an extremely volatile place, so you should only use hashtags if they are relevant to your post. Don’t try to hijack a trending hashtag with an unrelated topic, lest you face the wrath of the social media gods.

Use Events and Holidays – If there’s a popular event or holiday coming up, then feel free to use the hashtag. Just make sure that your post is relevant.

Read the News – A global catastrophe or sombre moment may be at odds with the hashtag that you choose, so make sure that you’re up to date with current events. Plenty of accounts have created a post at the wrong time, just like these … 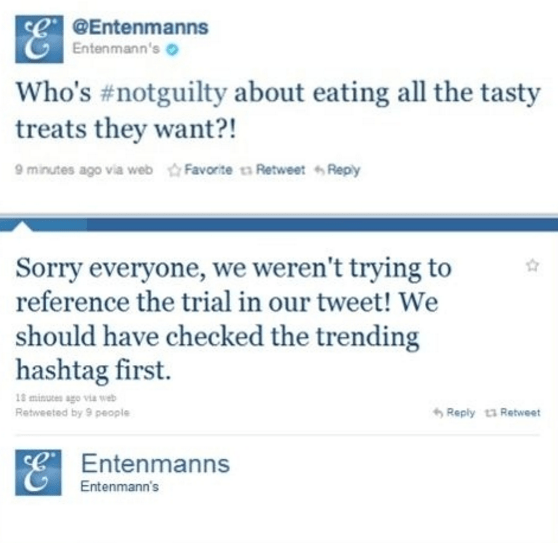