Imagine people all over the country reading what you have to say. Not only will they be learning about you and your brand, but they’ll be getting educated about your products and services too. But what can make this happen? You may be thinking that it’s going to be impossible, but with a high-quality press release, you can do just that. Whether you’re looking to raise awareness of your company or you want to shout about something amazing you’ve done as a brand, press releases are the way forward.

Why Write a Press Release

Whether your business is small, medium, or large, you really can’t go wrong with a good press release. As long as they’re well written and newsworthy, they have the potential to deliver exceptional results. Not only this, but when powerful enough, they’re able to take your business to new heights. And by this, we mean that your message will be put on different channels, meaning that you can reach hundreds, thousands, or even millions of new readers and potential customers.

Here are 10 benefits of writing an online press release:

What Makes it Worthy

Press releases are usually short, factual stories. This can be about your company as a whole or a specific employee who has done something outstanding and deserves some recognition. No matter the angle you’re going from, it has to be something relatable as well as readable. Don’t try and dress something up in order to get some free advertising – journalists are quick to realise this. Here are some things that news organisations and publications are looking for when it comes to press releases.

The headline is what people see first, and if it doesn’t draw them in then they’re probably not going to read on. Think of how many times you’ve skipped over something because it hasn’t interested you straight away. Well, the same rules apply here. To set your press release up for success, a creative, captivating headline is a must. In fact, nothing does the job better. Some tips for writing the best press release headlines possible include:

Newsworthiness is something we’ve mentioned a couple of times, but that’s because it’s important. If it’s something people have seen before, then forget about it. Journalists aren’t going to publish something that’s already been done, they want something new and interesting.

Adding quotes to your press release provide journalists with something extra to work with. You don’t want to include too many, just something that’s relevant. It’s better to have one quality quote that complements the press release rather than 10 one-liners that are only there to try and bulk up the piece. A quote should provide useful information not mentioned anywhere else, express opinion, and explain why what is being talked about is beneficial. It should also sound human and not robotic or false.

A picture has the ability to both tell and sell a story. Images help to paint a picture and can really add some magic to a press release. We previously wrote a blog post on how to take press release photos: https://www.colewood.net/blog/tips-for-taking-press-release-photos/

Send it to the Right People

Not only do press releases need to be pertinent to your target audience, but they need to be relevant to the publishers you’re sending them to as well. Think about it, if you have a story about how your fashion business has won awards, you’re not going to send this to a sports columnist are you? There are a few things to consider when thinking about who to send a press release to. Your piece could be sent to one or all of the following:

What You Need to Include

As mentioned above, an effective press release can work wonders for you as a company. However, like many business owners, you may not know where to start or what needs to be included. First and foremost, you need to be sure that what you’re writing is going to be newsworthy to your target audience. If it’s not, then chances are that it’s not going to get a massive response.

If it’s more than just an attempt to try and sell a new product and you have something you believe people will want to read, then there are a few things you should include in a press release. Simply remember to answer these questions and you should the beginnings of a fantastic PR piece in your hands.

Do the Hard Work for Them

Journalists get inundated with emails and phone calls about potential stories all the time. So, not only should press releases be something they’ll want to publish, they should be almost ready to go live once they’ve had time to read it. They should be professionally written and take into account standards that journalists use, and this includes making it grammatically flawless.

Remember the who, what, why, where, when, how questions? Journalists use this too and also apply what’s known as the inverted pyramid structure to their articles. All this means is basically putting the most important information first. 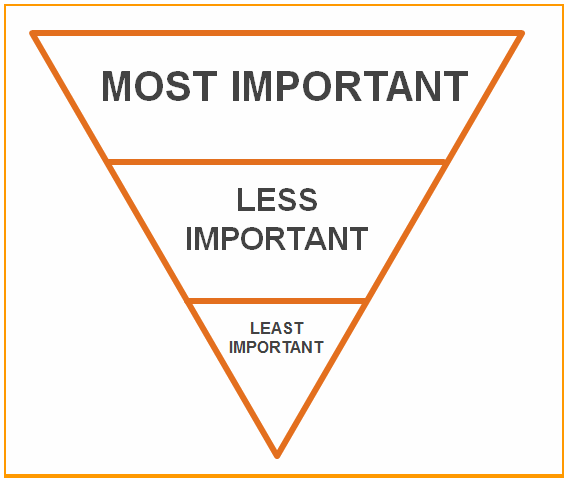 This template has been designed so that the audience doesn’t lose interest. It’s about putting the most enticing parts of the story first and then slowly including the less valuable information as you go. The structure should be something like this:

By following these guidelines, you should have no trouble writing press releases that get published online. Alternatively, you can always get an agency to take care of everything for you. Colewood are digital marketing specialists and can create press releases as part of the SEO services offered.